Ana started her spiritual journey as a young girl. Her mother and father were the first to expose her to devotional practices. Her mother is a devotee to Mother Mary and has been praying the rosary for over thirty-five years. She remembers going to rosary gatherings as a teenager at Estela Ruiz’s residence in the south side of Phoenix, Arizona. This is the same site where Our Blessed Mother was appearing to Estela in her living room. Her mother gave her a firm foundation in spiritual practices and devotion.

While attending the University of Rochester, she studied women studies, political science, and English. Her spirituality and her devotion to God anchored her as she developed her academic career. She particularly enjoyed studying about religious women and how they used their devotion to go about real change in the world. She studied about American women’s movement and other women’s grassroots work around the world. Ana’s honor thesis, “Fifteen” explored in a theatrical setting how young girls integrate their devotion and heal through hardships. For this play, she was awarded two prizes: The Pearl Sperling Evans Prize and The Deans Prize in Creative Writing; Drama Division. For her graduate work, she studied education and business.

In 2001, Ana began her formal studies in yoga and Pantanjali’s Yoga Sutras. Her first yoga class was a video with Patricia Walden, given to her by her twin sister, Melissa. In the summer of 2003, she completed Yoga Alliance’s 200 hour level teacher training through 7 Centers Yoga Arts in Sedona, Arizona. Here is where she met many of her gurus of yoga: Rama Jyoti Vernon, Shraddhasaggar (Ruth Hartung) , and Ambaya (Pilar Martin of Ambaya Gold). Shortly after receiving her 200 hour level training, she worked at 7 Centers Yoga Arts as a yoga instructor and an ayurvedic chef for the teacher training programs. She received darshan from Sri Karunamayi, an embodiment of divine motherly love. Also, she reveived darshan from Ammaji, the hugging saint of India. Ana Hansen continues to study them as examples of holy women. In 2005, Ana completed her Yoga Alliance 500 hour level teacher training program with the International Yoga College. This time she concentrated her studies on Conflict Resolution as taught by Rama Jyoti Vernon and Max Lafser. In 2006, she opened and operated Embody Yoga in Phoenix, Arizona.

In 2007, Ana made a pilgrimage to India with her husband, where she focused on visiting many temples, ashrams and other sacred sites. The highlight of her trip was her experience in Rishikesh, India. Here she bathed in the Ganges and meditated. This experience redirected her life and had a profound impact on her. In January of 2008, Ana attended her first Vipassana 10 Day Retreat and learned the practice of Vipassana as taught by S.N. Goenka. She feels like this practice is a gateway for her ultimate detoxification and the next journey of her teachings. 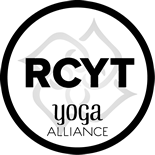